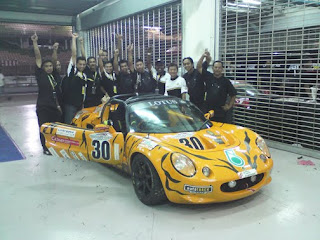 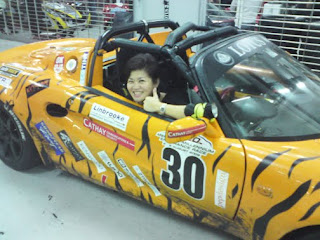 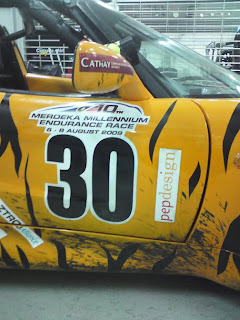 On 8th August 2009, Pep Design sponsored an advertorial for a Merdeka Millennium Endurance Race car. I know it was kind of irrelevant, then again, I was being approached by an ex-client of ours and his intension was for charity purpose.
Among all the cars that night, Zen's, who was our ex-client, car came in 8th place. Almost all the other cars had their money received from sponsorship were spent on their cars. And it was only Zen's car that has placed all these sponsored funding into charity homes. He and 2 other driving partners decided to pocket out their own money to spend on modification which was worth a few hundred thousand. Zen shared that through this charity drive, he and his team managed to raise up to RM25K for 6 charity homes for children. And I am proud to announce that Pep Design is one of the contributors to this event.
Having our logo being pasted on a race car and racing in Sepang Race Circuit was quite an experience. All the team members' uniform also have our logo being embroidered on their sleeve. It was quite a proud moment for me. Personally, I feel that whatever we have made, it is good to return to the society in a form of charity. After all, that amount of money can actually bring a lot of difference to the less fortunate. I hope that this will be the beginning of our Pep's charity contribution and I am looking forward to having it more in the near future. Once again, on behalf of Zen and his team, I would like to thank Diane who approved this contribution and the rest of the Peppies for their hard work to make it possible.
Cheers!
Posted by Dorabie No comments: